Modernist Cuisine: The Art and Science of Cooking - 6 Volume Set 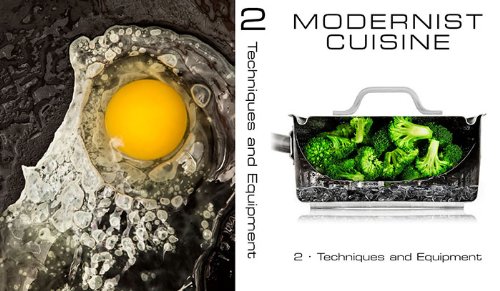 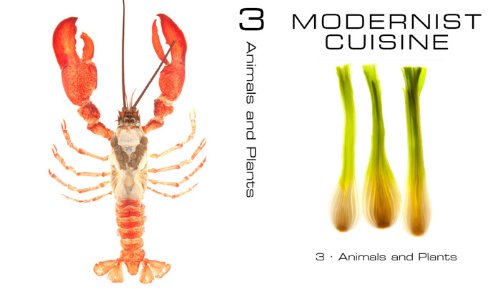 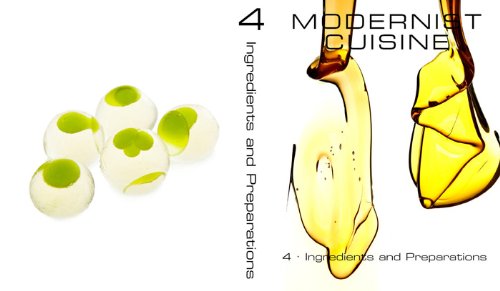 Modernist Cuisine: The Art and Science of Cooking - 6 Volume Set

Modernist Cuisine is an interdisciplinary team in Bellevue, Washington, founded and led by Nathan Myhrvold. The group includes scientists, research and development chefs, and a full editorial team — all dedicated to advancing the state of culinary art through the creative application of scientific knowledge and experimental techniques.

Modernist Cuisine: The Art and Science of Cooking is an encyclopedic treatment of cooking. Its six volumes of 2,438 pages explore the history of cuisine and explain the science of cooking in a way that’s accessible to both professional chefs and home cooks. Created by a team of scientists, chefs, editors, and writers, these volumes explore research spanning the field of culinary science, with careful attention to practicality and applicability in the kitchen. Through gorgeous illustrations and otherworldly techniques, this set will inspire you to innovate in your own kitchen.

Nathan Myhrvold, the founder of The Cooking Lab, co-author of Modernist Cuisine: The Art and Science of Cooking and Modernist Cuisine at Home, and author of The Photography of Modernist Cuisine, has had a passion for science, cooking, and photography since he was a boy. By the age of 13, Nathan had already cooked the family Thanksgiving feast and transformed the household bathroom into a darkroom.

Myhrvold holds a doctorate in theoretical and mathematical physics as well as a master’s degree in economics from Princeton University. He holds additional master’s degrees in geophysics and space physics and a bachelor’s degree in mathematics from the University of California, Los Angeles. At Cambridge University, Myhrvold did postdoctoral work with Stephen Hawking in cosmology, quantum field theory in curved space-time, and quantum theories of gravitation, all before starting a software company that would be acquired by Microsoft.

As his career developed, he still found time to explore the culinary world and photography. While working directly for Bill Gates as the chief technology officer at Microsoft, Nathan was part of the team that won the Memphis World Championship Barbecue contest; he worked as a stagier at Chef Thierry Rautureau’s restaurant Rover’s, in Seattle; he then took a leave of absence to earn his culinary diploma from École de Cuisine La Varenne, in France.

Nathan retired from Microsoft in 1999 to found Intellectual Ventures and pursue several lifelong interests in photography, cooking, and food science. During this time, some of his photographs were published in America 24/7 (DK Publishing, Inc., 2003) and Washington 24/7(DK Publishing, Inc., 2004). Unable to find practical information about sous vide cooking, he decided to write the book he felt was missing — one that provided a scientific explanation of the cooking process, the history of cooking, and the techniques, equipment, and recipes involved in Modernist cooking. Inspired by this void in cooking literature, he decided to share the science of cooking and wonders of Modernist cuisine with others, hoping to pass on his own curiosity and passion for the movement.

Volume 1 of Modernist Cuisine is dedicated to the history of cooking as well as fundamental scientific principles that govern the way we grow, cook, store, and eat food. This volume also explores the physics of water and food, heat and energy, food safety, and microbiology.

Learn about the techniques and equipment of Modernist cuisine in Volume 2. From traditional techniques, such as barbecuing and stir-frying, to the science-inspired tools of the Modernist kitchen, this volume includes an in-depth discussion of sous vide machines, centrifuges, dehydrators, and cryogenic freezers.

Get to know the science

Animals and Plantsbehind cooking all of your favorite plants and animals. Volume 3 explores the structure of meat, the science of the Maillard reaction, the nuances of pressure cooking, and the hidden complexity of cooking vegetables.

Volume 4 takes you through both traditional and Modernist ingredients and preparations. It explores key principles like thickening, gels, emulsions, and foams as well as the science of two of our favorite beverages: wine and coffee.

From the sublime to the otherworldly, Volume 5 is completely dedicated to the plated-dish recipes we created for this book.

The Kitchen Manual contains every reference table, technique step-by-step, and recipe found in Modernist Cuisine. Each page of this spiral-bound volume is waterproof and tear proof, making this manual a durable companion in the messiest of kitchens.