Bauhaus Imaginista: A School in the World 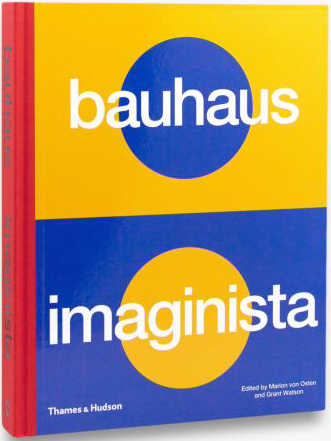 Bauhaus Imaginista: A School in the World

A rare and fascinating look at the Bauhaus’s global legacy, and a central publication of the school’s centenary celebrations

From its inception in 1919, the Bauhaus was a truly international institution. Students and teachers travelled from Croatia, Hungary, Japan, Palestine, Russia, Switzerland and the United States to Weimar and later Dessau and Berlin to become part of the school, drawn to the Bauhaus because of its cosmopolitan, avant-garde perspective and hands-on curriculum. This outlook was reflected in the way the school received and interpreted diverse influences, ranging from Arts and Crafts to reform pedagogy, from Eastern spirituality to constructivism, machine production and the Neues Bauen (New Building) movement. Art and design at the Bauhaus also contained a transcultural element, gleaned through exposure to non-western cultures, books and museum collections and interaction with foreign students and visiting lecturers.

Featuring contributions from artists, historians, cultural theorists and others, Bauhaus Imaginista offers a rare opportunity to explore a history of transcultural exchange in the 20th century through the specific lens of the Bauhaus and its reception in different geographies and time periods. Part of the large-scale project marking the school’s centenary, its focus is on the experimental, open-ended character of modernism as well as its inherent cosmopolitanism. As never before, it shows the crucial role the Bauhaus had in reimagining the relationship between art and society.

Marion von Osten is a curator, researcher and writer based in Berlin. Her previous publications include, as co-editor, Colonial Modern: Aesthetics of the Past, Rebellions for the Future and Transcultural Modernisms.

Grant Watson is a London-based curator and researcher. Recent projects include How We Behave with If I Cant Dance, Amsterdam, exploring questions of life practice and politics through filmed interviews (2014-present).